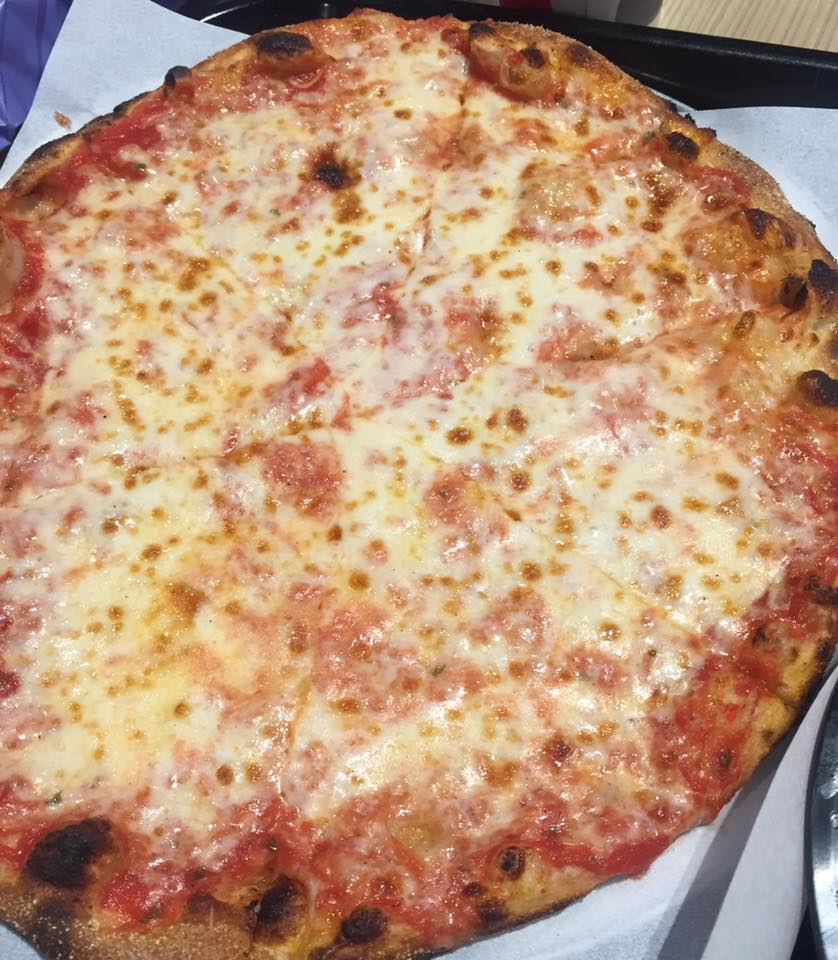 Well, not really. But this post is educational! Here are 20 awesome facts about your favorite food and mine: Pizza. 1. If you are getting a pizza education, you need to know some pizza lingo. A ball of dough that’s been stretched and is ready for toppings is called a “skin.” “Screamers” are mushrooms. Lastly, slices of pepperoni are called “flyers,” for the way they’re thrown around the pizza kitchen like Frisbees.

3. On that topic, one in eight Americans eats pizza on any given day.

5. 4% of pizza eaten by children is for breakfast and 58% of pizza consumption for kids (teens and under) is for snacking, breakfasts, and lunches.

6. The word pizza was first mentioned in Latin text written in Southern Italy in 997 CE. The text stated that a tenant of a certain property was supposed to give the Bishop of Gaeta 12 pizzas every Christmas day and Easter Sunday. Tomatoes won’t be discovered until 1500 CE, so the pizza of 997 CE is thought to be more like focaccia, an oven baked flat bread.

8. In the first few decades of the 20th century, pizza was primarily eaten and sold by working class Italian Immigrants. After WWII, American GI’s came home from Italy craving pizza, which brought the food to a broader consumer base.

10. The most expensive pizza in the world costs $12,000, but is only eight inches in diameter. The Pizza Louis XIII from chef Renato Viola is prepared at your home and includes the presence of a sommelier, a sous chef, and chef Viola himself. Toppings include three types of caviar, red prawns, Mediterranean lobster, and sea cicada. The pizza comes with Remy Martin Cognac and Champagne Krug Clos du Mesnil.

11. The world’s largest round pizza is 131 feet in diameter (and gluten-free). Made in Italy, Dovilio Nardi founded a pizza chain that caters to people with celiac disease. They made a 51,257-pound pie containing 19,800 pounds of flour, 10,000 pounds of tomato sauce, 8,800 pounds of mozzarella cheese, 1,488 pounds of margarine, 551 pounds of rock salt, 220 pounds of lettuce, and 55 pounds of vinegar. The chefs named the pizza “Ottavia,” as a reference to Rome’s first emperor, Octavian Augustus.

12. In 2014, a Domino’s pizza delivery driver delivered two pizzas—which cost $12.50 total—to the IWU chapel at Wesleyan University. There a student body of 3,000 students and the residential education CEO, Keith Newman, gave him a $1,268 tip collected by the students, $70 in gift cards, and a lot of inspirational notes written by the students.

13. The first online order happened in 1974 at the Michigan State Artificial Language Laboratory. They needed to test out a new “speaking computer,” so they used it to order a pepperoni, mushroom, ham, and sausage pizza.

14. The first frozen pizza was sold in 1962. As assumed, it tasted like cardboard.

15. In 2001, Pizza Hut delivered the first pizza to outer space. It was a six-inch salami pizza delivered to the International Space Station. A little over a decade later, in 2013, a group of NASA-funded scientists invented a 3D printer that could cook pizza in 70 seconds, literally spraying on flavor, smell, and micronutrients.

16. The U.S. Military Lab invented a ready-to-eat pizza that can last for up to three years. This pizza was intended to be sent to soldiers abroad. However, it also doubles as a good source of nutrition during the zombie apocalypse.

17. Pizza also solves crimes. In 2010, an undercover officer took a DNA sample from a pizza slice. This lead to the catching of an alleged serial killed known as the “Grim Sleeper.” The killer had been snacking on the slice at a family birthday party.

18. Pizza can save your life too. In 2008, a pizza delivery man was confronted by robbers. He threw the hot pizza he was delivering at them and escaped harm. Then in 2014, a woman called the police to report a burglary and sexual assault. Because the burglar was still in her home, she faked a pizza order to the police and they suspected something was not right and responded to the call.

19. There is also a Pizza superhero movie. “Pizza Man,” released in 2011, stared Frankie Muniz. The film revolves around a pizza delivery guy who acquires super powers from a genetically modified tomato.

20. There is also a pizza band. In 2013, Macaulay Culkin formed Pizza Underground, a pizza-themed Velvet Underground cover band. Hits include “I’m Waiting for the Delivery Man” and “All the Pizza Parties.”

Does all that learning make you hungry? Time to order a pizza from Pie-O-Mine/Greens!