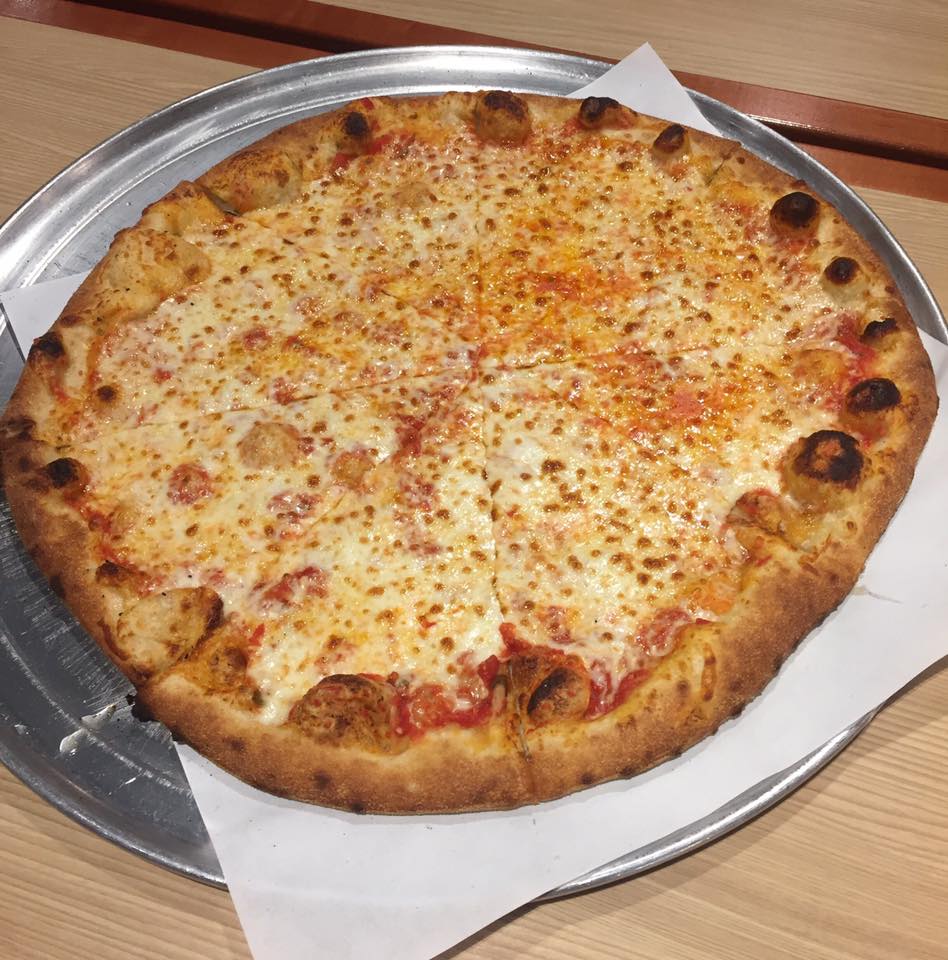 Forget thick vs. thin crust. We already know why brick oven pizza is superior. The real question is here. The one that questions the meaning of life, free will and everything we have ever known. Why is pizza round?

But First, Some Pizza History

The real history of pizza is debatable. The word pizza was allegedly first documented in 997AD in Gaeta, but pizza-like food dates back further to the Ancient Greeks, Persians, and the French. In the Aeneid (ca. 19 BC), the queen of the Harpies foretells that the Trojans would not find peace until they are forced by hunger to eat their tables (Book III).In Book VII, Aeneas and his men are served a meal that includes round cakes (like pita bread) topped with cooked vegetables, which are like the tables that were prophesied.

Some suggest the origins of pizza come from the pizzarelle, Passover cookies eaten by Roman Jews after returning from the synagogue on that holiday. Others argue that the modern pizza was made more than 2000 years ago when Roman soldiers added cheese and olive oil to matzah. In 16th-century Naples, a galette flatbread was referred to as a pizza. Known as the dish for poor people, it was sold in the street and was not considered a kitchen recipe for a long time. This was later replaced by oil, tomatoes (after Europeans came into contact with the Americas) or fish.

In 1984, the “Associazione Verace Pizza Napoletana” (True Neapolitan Pizza Association), declared a specific set of rules for an authentic Neapolitan Pizza. These rules include that a pizza must not exceed 13.7 inches in diameter, meaning they are round. There are square pizzas, however. Traditional Sicilian pizza is often thick crusted and rectangular, but also can be round and similar to the Neapolitan pizza.

The Debate for Round Pizzas

To get started, pizza dough is stretched by spinning a lump of dough in the air. With centrifugal force, the dough is rounded out. Physics wants your pizza to be round. Picture someone trying to make a rectangular pizza by spinning it in the air. It doesn’t happen.

Now that you have perfect triangle shapes, you can eat your pizza the right way. The folded way. This time-tested method allows you to cleanly eat it under any circumstance—standing up at a party, at the dining room table with your family or while waiting in line at Pie-O-Mine to buy another round pizza. Each piece becomes more stable and easier to eat as you continue through the slice, so it’s like an edible adventure.

If you’re wondering why pizzas are round, but come in a square box, the answer is simple. It’s actually cheaper to make square boxes than circular ones. End of Story.

Hungry? Visit us at Pie-O-Mine and pick up a beautiful round, brick oven pizza for your whole family, (or just yourself. We won’t tell).